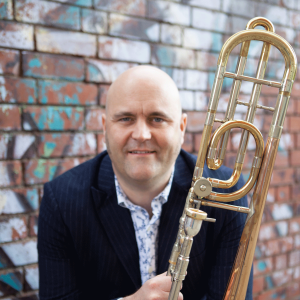 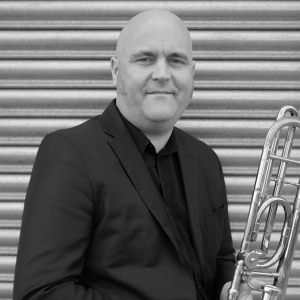 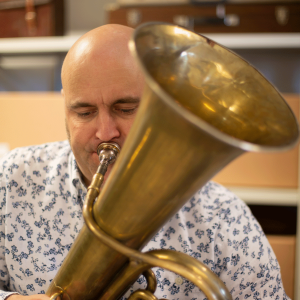 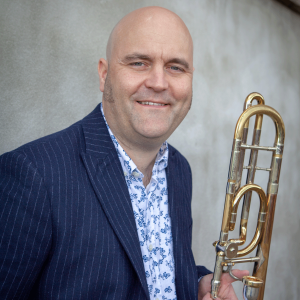 Born in Edinburgh, Scottish trombonist Paul Stone began as a euphonium player.  Upon enrolment at the Royal Scottish Academy of Music and Drama (now the Royal Conservatoire of Scotland) he added alto, tenor and bass trombones to his armoury as well as the bass trumpet and any other tube of metal that took his fancy.

Period instruments have also featured throughout his career.  His inherent adaptability and sensitivity allow him to exploit the idiosyncratic qualities of the modern instrument’s predecessors thus giving authentic and uncontrived period performances.

After enjoying many years playing with all of Scotland’s and some of Europe’s top orchestras, Paul found himself returning to his initial ambitions of working in education and specialising in contemporary and chamber music.

In recent years he has established himself as an educator, in demand to conduct and tutor many of Scotland’s national and regional youth bands and ensembles.  Paul holds teaching posts with two National Centres of Excellence (City of Edinburgh Music School and Aberdeen City Music School), the prestigious George Heriot’s School and is a member of the Instrumental Music Service of Renfrewshire Council.  Many of his former pupils have continued their studies at tertiary level in various universities and conservatoires and are building their own careers as fellow professionals.

A regular performer with Red Note Ensemble, Paul also acts as mentor on the Red Note Advanced Academy, pairing students from Europe’s top conservatoires with ensemble members in performances of established contemporary repertoire and new music.  As a member of Alba Brass and now The Wallace Collection he has been instrumental in commissioning cross genre works from folk, jazz and experimental composers and, crucially, young composers.

Paul says: “Performing with Glasgow Improvisers Orchestra allows me to experiment in non-conventional techniques in musical expression, away from the hierarchical structures of a standard orchestra, leading me to the pursuit of purity in aesthetic practice. I really dig this!”