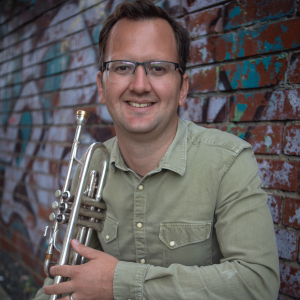 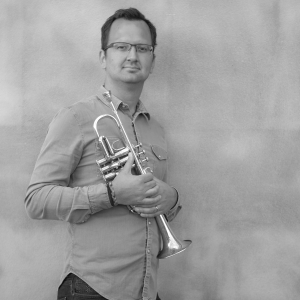 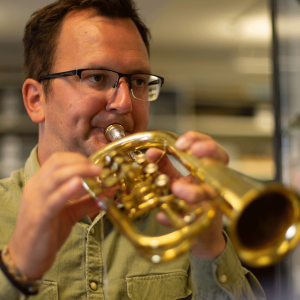 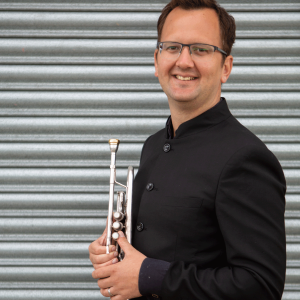 A New Zealander, Bede made his concerto debut at the age of 17 with the Auckland Philharmonia.  He has appeared as a soloist throughout New Zealand and the UK, with performances broadcast on BBC Radio 3 and RNZ Concert.  In 2015 he released his debut recording ‘Crystalize’, an album of music for trumpet and electronics.

Bede has commissioned and premiered many new works for brass, touring in the UK, as well as to North America, Europe and the Middle East.

Since 2010 he has been Music Director of the St Andrews New Music Ensemble and in 2017 became Head of Instrumental Studies at the University.  In 2012 he founded the St Andrews Brass Festival which over the years has expanded and evolved to become the notable Fringe of Gold Festival, traversing a wide gamut of chamber music, large ensembles, master-classes and community events, all involving brass, wind and percussion.

As a conductor Bede has a wide range of experience with student, amateur and professional orchestras, as well as choirs and bands.