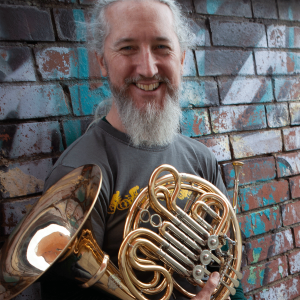 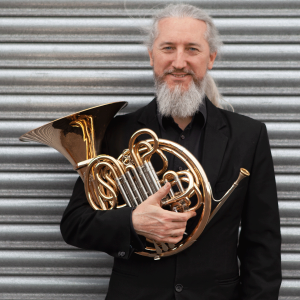 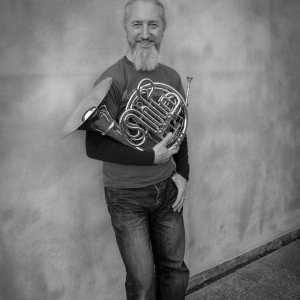 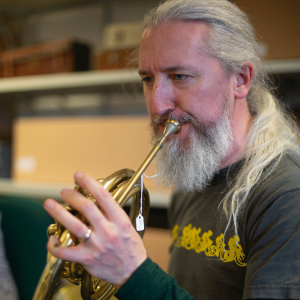 Fergus’s early career was in Industry: after securing a Masters degree in Engineering from Strathclyde University, Fergus worked for several companies ranging from plastics manufacturing to petro-chemicals, covering various engineering disciplines.  Ultimately he worked as a Project Manager for Motorola, where one of his achievements was the development and installation of automated test systems for mobile phone factories in Tianjin and Guanzhou, China.

Despite his burgeoning success in industry, Fergus chose to pursue his other passion of playing the French Horn and switched careers to take a Masters degree in Music Performance at the Royal Scottish Academy of Music and Drama (now the Royal Conservatoire of Scotland).

Fergus plays on horns from all ages: baroque horn, the natural horn, pre-saxhorn 19th Century rareties, and various species of early 20th Century and modern French Horns.  He plays many styles and genres of music: Baroque, Classical and Contemporary Classical as well as Traditional music, Jazz and Free Improvisation.

Fergus is in demand as an educator: he is Course Director of the West of Scotland Schools Concert Band and is a well-respected horn teacher.

Fergus says: “I am fascinated by the development of the modern instrument that is the French Horn: in many ways it appears to be the brass instrument that has braved more changes and transitions than any other.  The basic configuration of cornets, trombones, tenor tubas and bass tubas have changed little in 150 years or so, whilst French Horns have quested from valve-less instruments through several valve configurations and transpositions to what is now the modern instrument.  The techniques such as hand-stopping, that were developed to allow the natural horn to play extra pitches remain a fundamental part of the modern horn-player’s armoury, and are unique to the horn in the world of brass-players.”