Origin of the Species Revisited Vol. 3 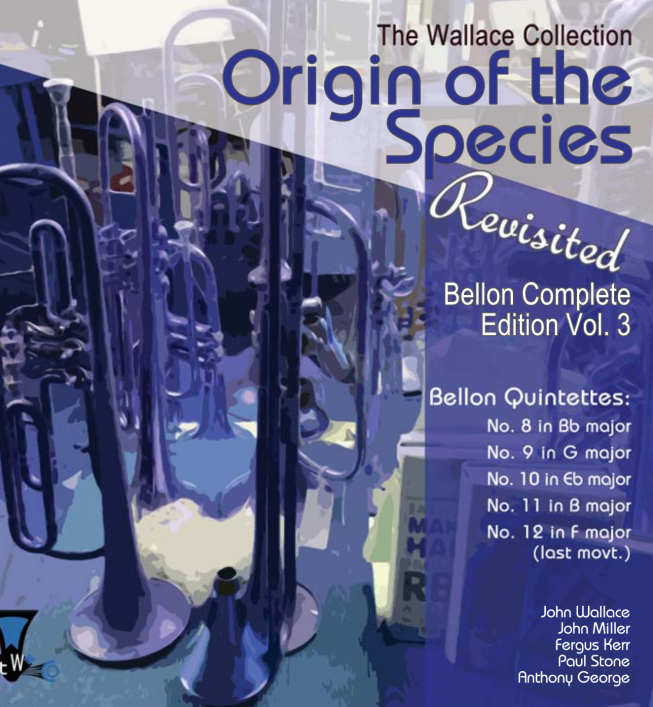 The Journey Continues for the Complete Bellon Edition

This CD, the third in The Wallace Collection Bellon complete edition, was recorded in September/October 2020, in the Macpherson Recital Room at the Laidlaw Music Centre in the University of St Andrews. It continues The Wallace Collection ‘Origin of the Species’ series and completes the three volumes which present all of Bellon‘s quintets.

The original Origin of the Species CD captured some of the repertory written for the Cyfarthfa Band founded in 1838 in Merthyr Tydfil, Wales, and is still produced under the Nimbus label over twenty-five years after its release (NI5470). The first CD in this collected edition of the complete Bellon quintets was recorded in 1999 and released in April 2020, and the second volume and this third volume were recorded in 2020 and were both made available on public release in 2021.

All CDs are available individually or as a complete collection, triple CD boxed set from our online shop at www.TheWallaceCollectionShop.world.

Jean-François Bellon (1795-1869) is now the earliest composer known to have written a substantial body of brass quintet chamber music. He wrote twelve brass quintets between 1848 and 1850 for the new chromatic brass instruments invented in the first half of the nineteenth century. A violinist, orchestra leader, and conductor as well as composer, he wrote these quintets for the principal players of the Opéra and the Concerts Musards in Paris, for whom he was concert master in the mid-nineteenth century.

The Concerts Musards were the brainchild of Philippe Musard. He created the promenade concert, along with the notion of the celebrity showman conductor (his great rival was Louis-Antoine Jullien). He exported this concept to the rest of the world, including London, where the ‘Proms’ endure to this day, and to the US, where African-American keyed bugle player and musical entrepreneur Francis Johnson called his popular concerts, Concerts à la Musard.

Brass soloists such as Johnson were one of the great attractions of these concerts, where novelty, sensation and huge forces were the order of the day. Sometimes as many as forty-eight violins, twenty-four cornets and twelve trombones were on display. Competition was intense – if Musard fired a pistol in one of his concerts, Jullien would respond with a canon in his next concert.

With brass playing such a significant part in these musical spectacles, it must have been Bellon’s intention to harness the potential of these new instruments to play serious art music in the chamber music idiom. The players were prominent virtuosos and these works showed off the musical range of the new instruments, as well as the musicality of the players.

Bellon’s music is melodically and harmonically interesting, possessing great rhythmic drive, and the musical and thematic interest is spread evenly amongst all five instruments. In his choice of instruments, he did not aim for the homogeneity of timbre which became the prized twentieth century goal – but aimed instead at a kaleidoscope of brass colourings.

*Quintette No. 12 is in F minor, whilst this final movement iv. is in F major (as per the listing on the CD).

**We are indebted to the Dutch musicologist Eric Roefs for finding the missing last movement of Bellon’s final quintet. The Wallace Collection recorded the first three movements in 1999, featured on Vol. 1 of our Bellon Complete Edition series, and this virtuoso movement brings the sequence of twelve quintets to a rousing conclusion.  After a public plea by Anthony George, during a streamed concert from St Cecilia’s Hall in Edinburgh, for someone to find this movement for which we had been searching for over twenty years, Eric found it in the Newberry Library in Chicago in June 2021. 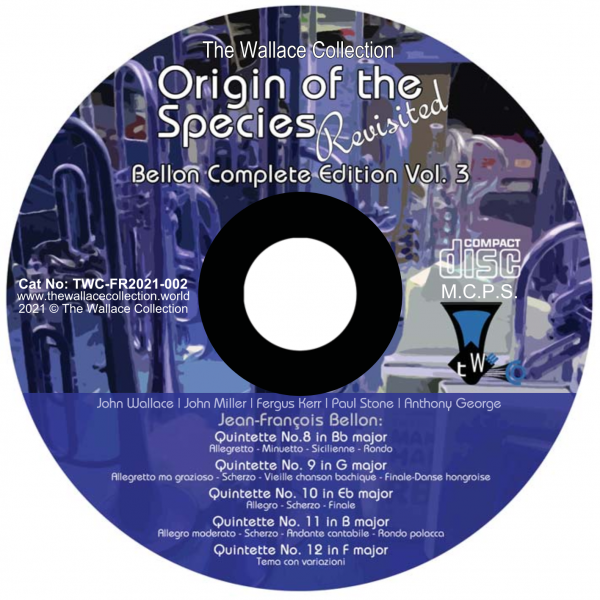 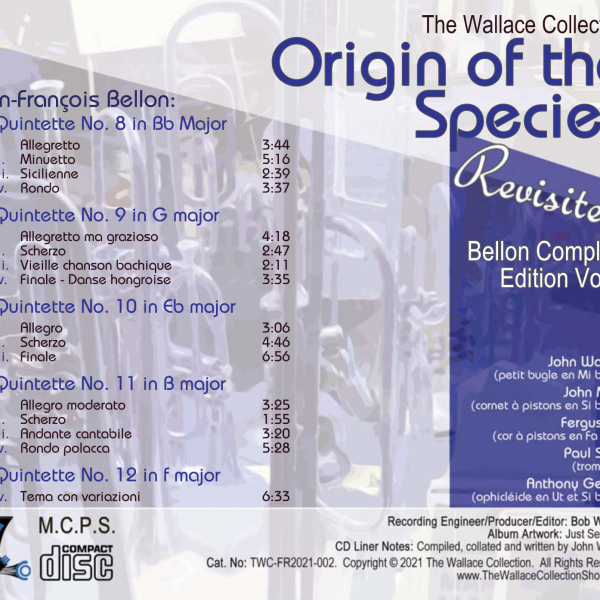